Designing for a Conference

I was tasked with redesigning the websites for the 2016 and 2017 conferences, during this time the conference went through a major rebrand as a result of its growing demand. I was involved in the end-to-end branding of both conferences, development of the websites and creative direction for conference related print materials.

The conference had been continuously growing since its first inception back in 2013, with attendees doubling across venues. Litmus had earned its name as an industry leader in the email space not just through its product but also establishing itself as a leader in knowledge and education within the community.

As a designer, the save the date page was on my favorite things to work on. The page would go live a few months before the conference while the art direction, speakers and venues were locked down. It was a blank canvas, with endless possibilities. With the growth of the conference, there was a deeper desire to highlight the cities and venues. 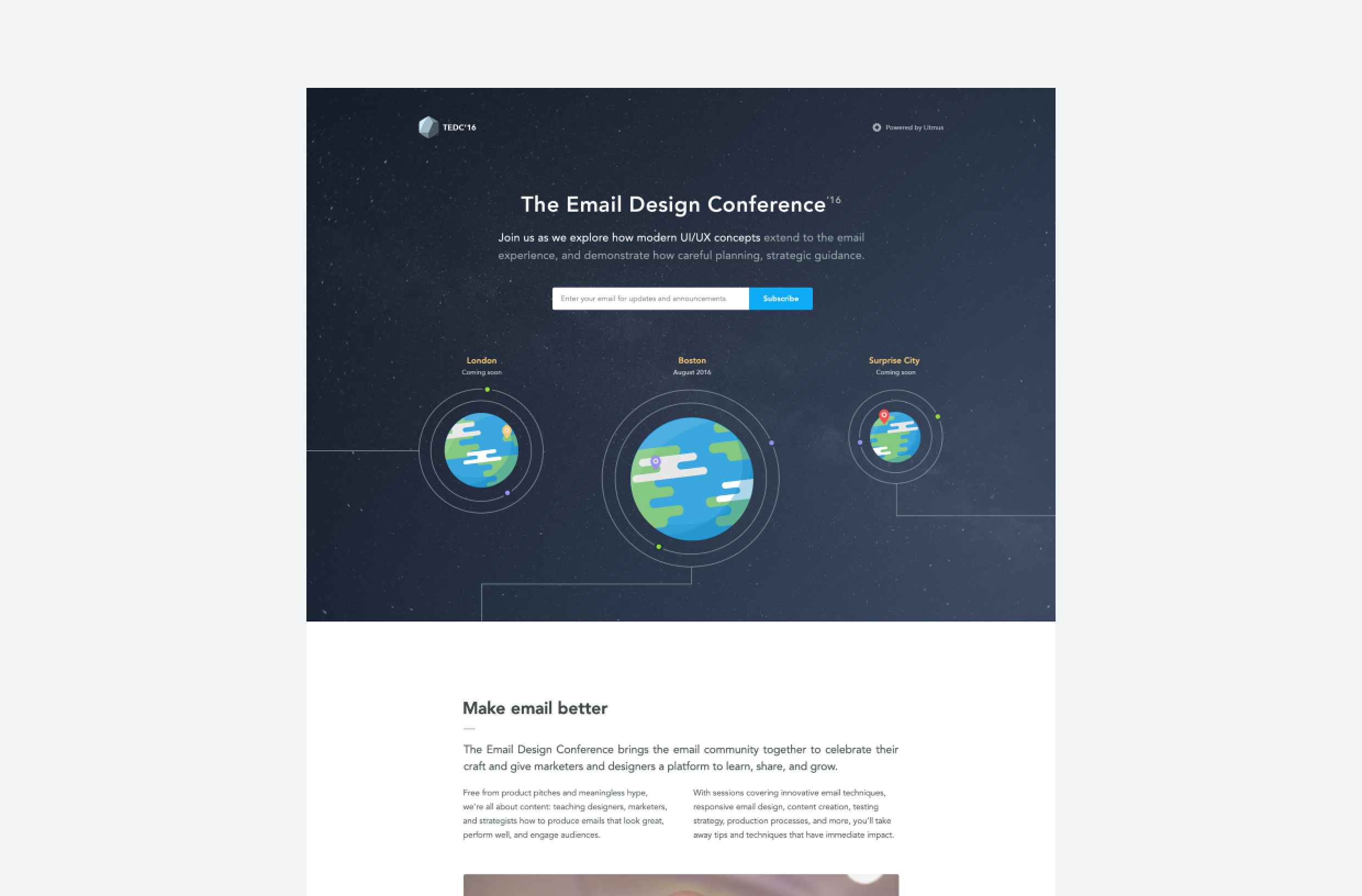 Within the city pages themselves, prominent landmarks quickly became a popularity across the branding team, and it fit in well with the space theme of the save the date page. Ultimately I decided to go with bridges, Golden Gate Bridge for San Francisco, the infamous Tower Bridge for London and the Zakim Bunker Hill Bridge for Boston.

The website was designed with a more mature look in mind, while still sharing element of the fun and colorful Litmus brand. The website would continue to service the conference for the next four years, unlike its previous websites who were only purpose built for a single year, this played a vital part in informing design decisions across the design. 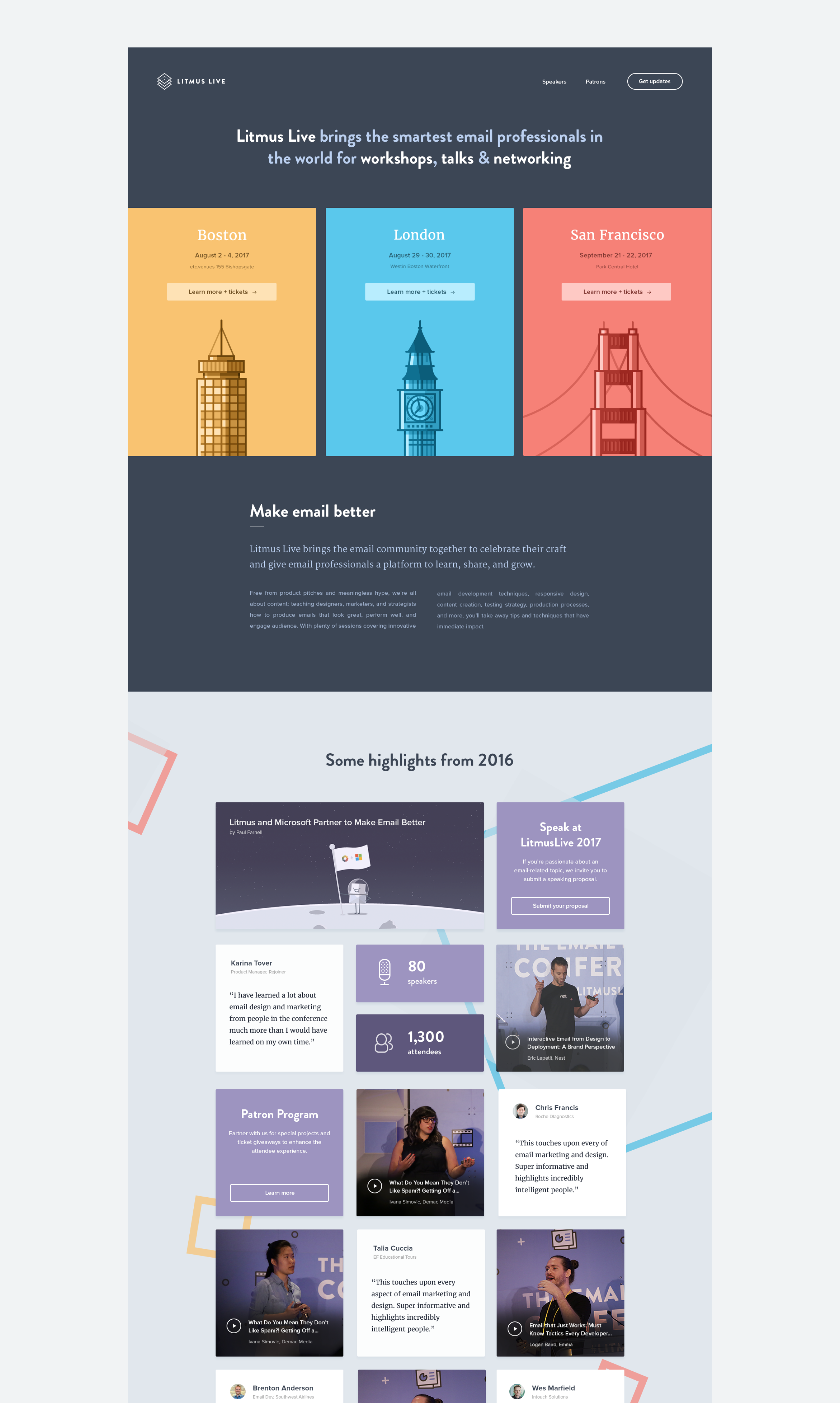